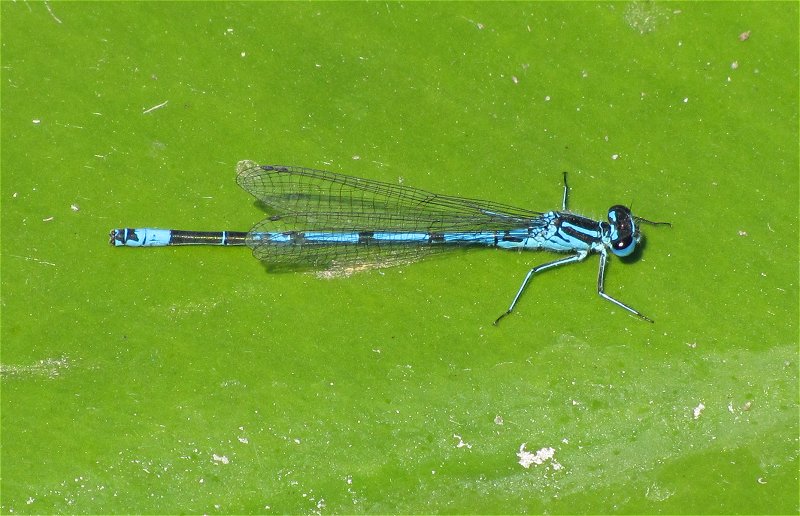 Note: The shape of the pronotum is the only conclusive way to seperate this species from Variable Damselfly. Personal observations have highlighted that female Azure Damselflies lack the bar between the eye spots, compared to Variable Damselfly. 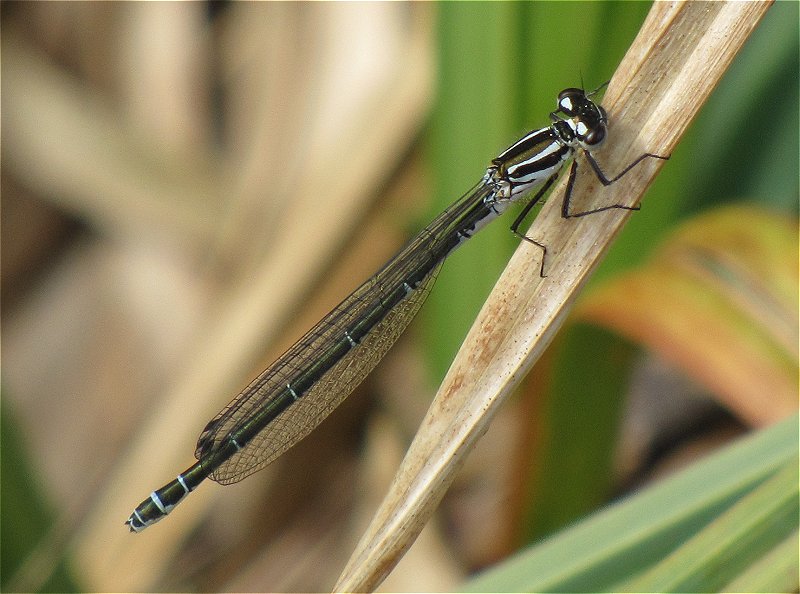 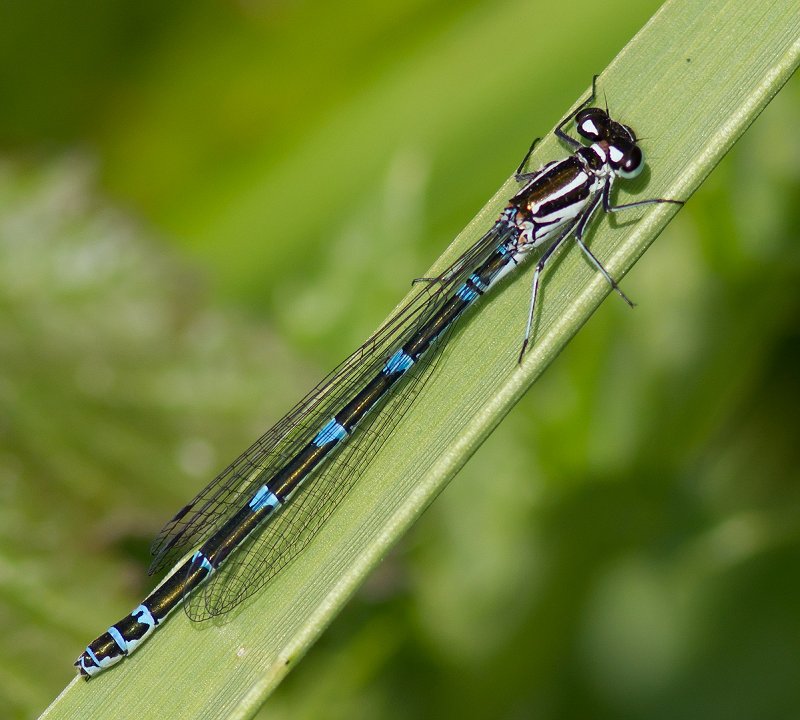 Initially this species is more abundant than the similar Common Blue Damselfly with which it can be easily confused. It is easy to make the mistake of identifying early blue damselflies as being Azure, then assuming on later visits that this is still the case. However after four of five weeks, Azure can suddenly become harder to find as Common Blue Damselfly become more abundant.

Wide range of habitats from garden ponds, lakes, ditches, streams, canals and rivers to peaty pools. The main requirement is plenty of marginal vegetation in sheltered locations. Frequently settles on floating vegetation, as well as being readily found in adjacent grasslands and sheltered woodland edges.

Not territorial. Copulation is prolonged on warm sunny days. Pairs oviposit in tandem into soft plant tissue, often submerging to do so. Larvae live among submerged vegetation and emerge after one year. Emergence takes place on marginal vegetation or flower spikes in the centre of water bodies. Females emerge first, followed a few days later by the males. 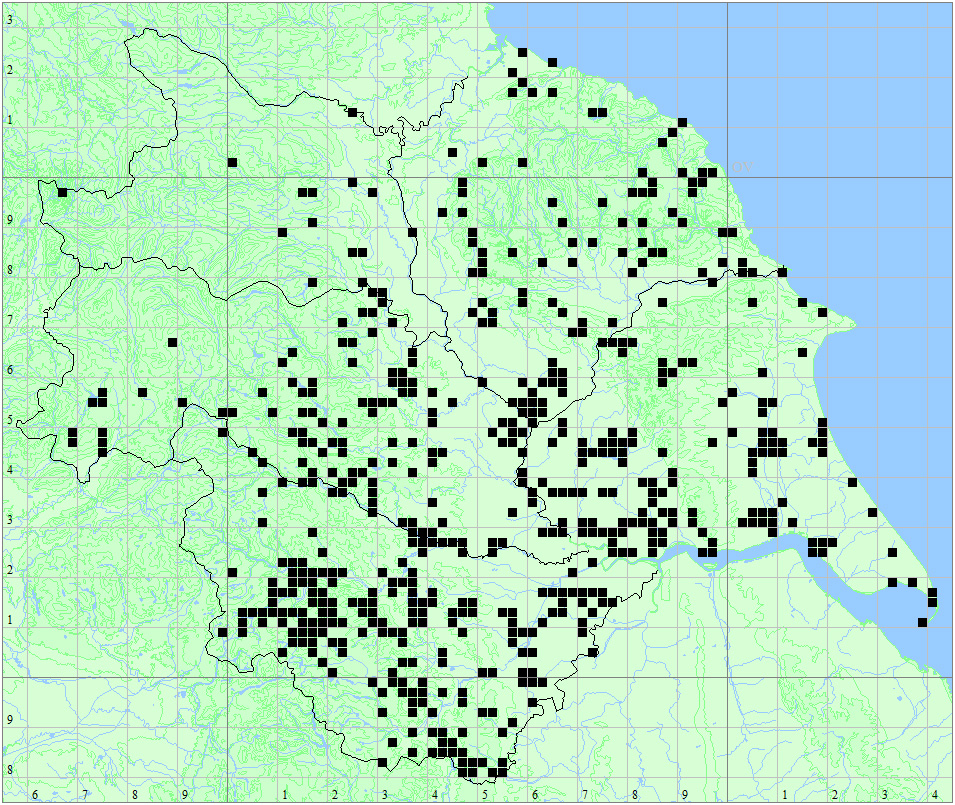