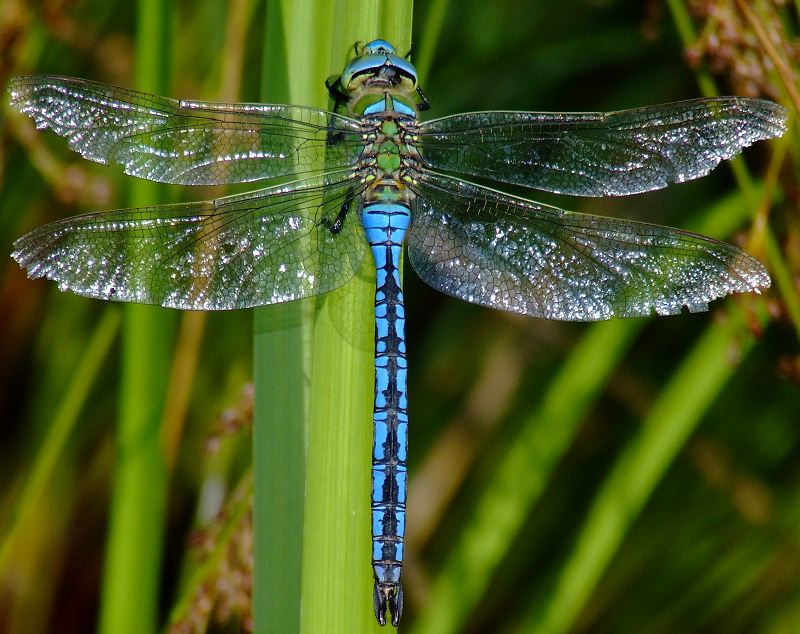 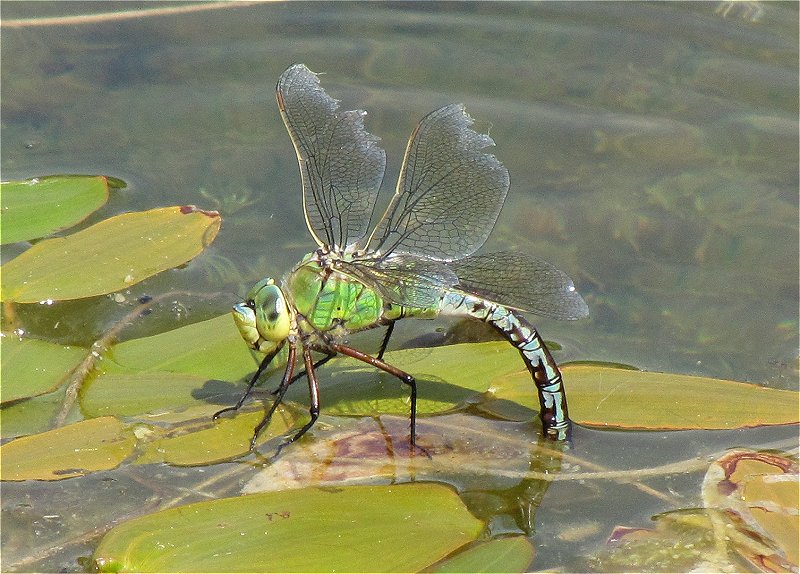 Males are territorial, rarely more than one male is present at small locations. Constantly patrols its territory, which it defends vigorously. Will take prey as large as Four-spotted Chaser Libellula quadrimaculata. Copulation takes place away from water and lasts around ten minutes. The female then oviposits alone into submerged vegetation. Larvae emerge after two years on to tall emergent vegetation. Emergence is usually synchronous at site level. 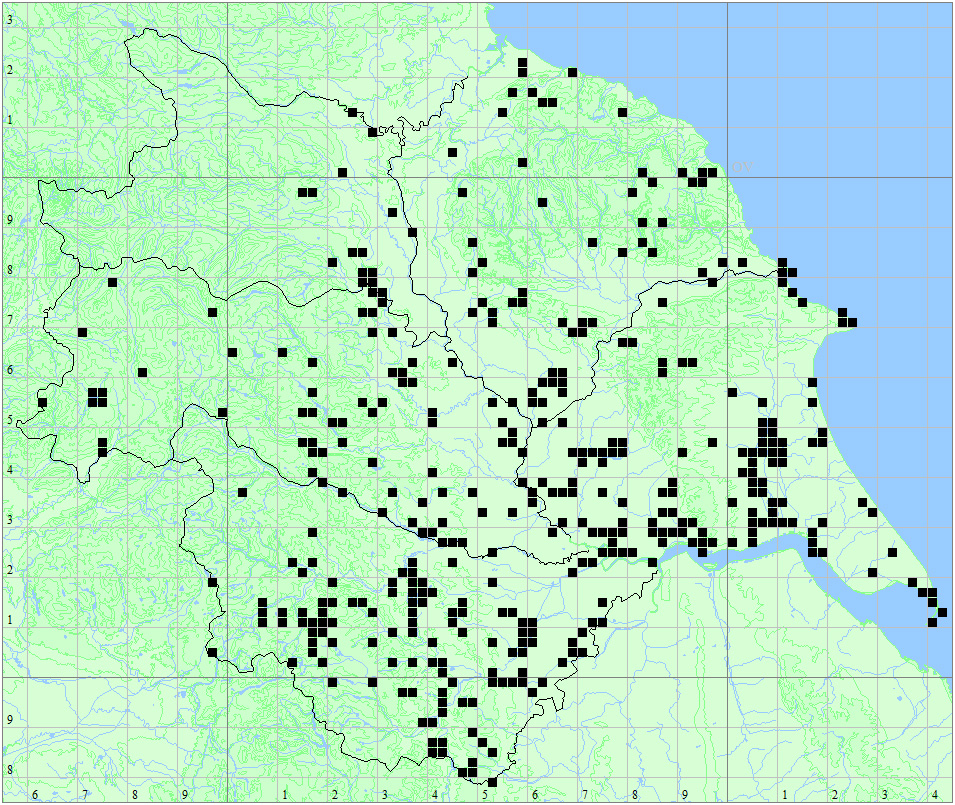