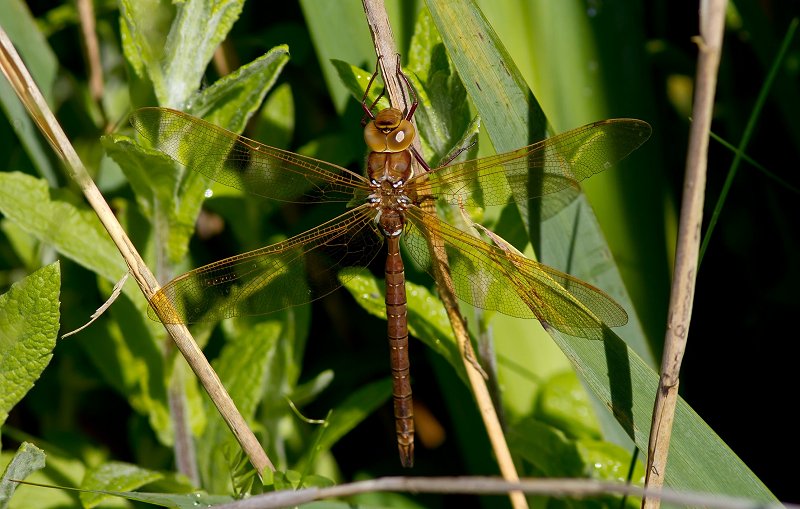 As males except blue spots on abdomen replaced with yellow markings. 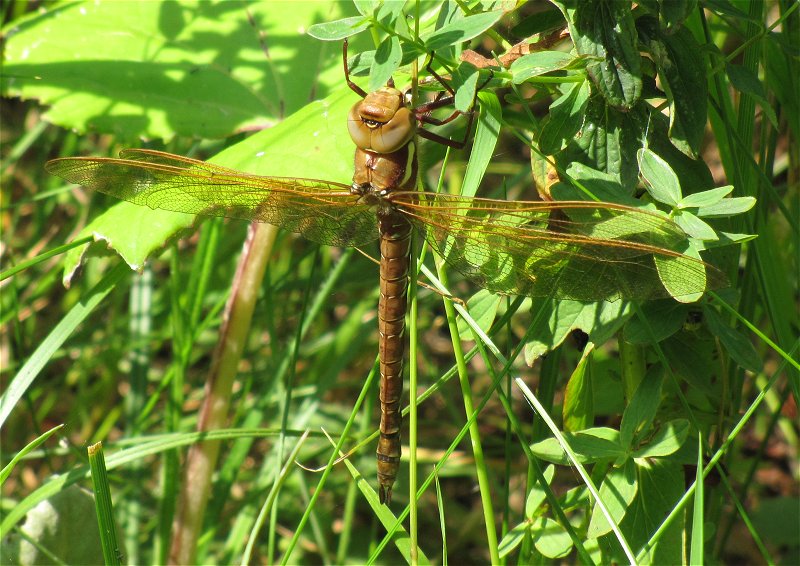 Males are territorial, even defending territories away from water. They are often observed hawking along woodland rides and hedgerows. This is a difficult species to approach when settled, the first sign of their presence is usually the rustling of wings, as the fly up from roosting places in tall grasses. Copulation is lengthy, the female then ovipositing into emergent floating vegetation, or decaying floating logs, where several females may oviposit together. Larvae emerge two to four years later at night, with the maiden flight taking place before dawn. 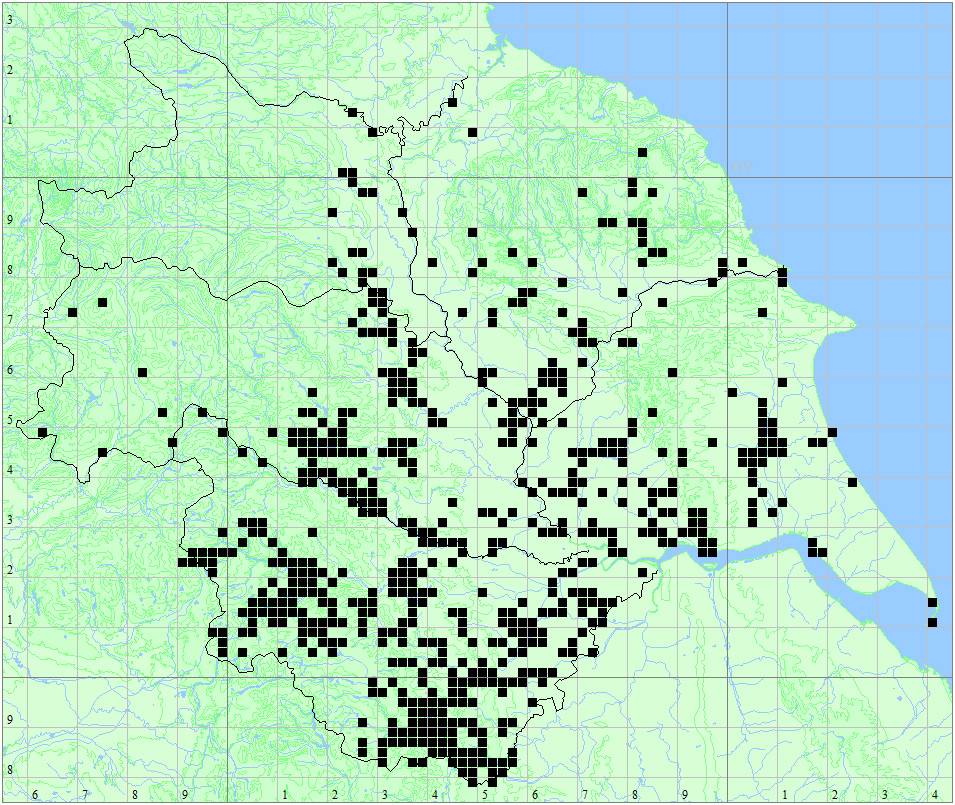